Spotlight on Dentistry in the Civil War Today, most people take it for granted that they can visit a dentist for safe and effective dental care. However, dentists during the Civil War had a much tougher job.

A dentist who treated Civil War soldiers was often confronted by teeth that had never even seen a toothbrush. Long before the times of porcelain veneers and teeth implants, Civil War era dental care had very few solutions for missing teeth. Although it may seem strange to think about a general dentist when the Civil War comes to mind, prospective soldiers were actually turned away from service if they had bad teeth. The rule was not strict by today’s standards. Soldiers could not fight if they did not have at least six opposing upper and lower teeth. These few teeth were required because soldiers actually had to bite off the ends of powder cartridges used in their rifles. If they could not, they were unable to load their guns. Beginning in January of 1864, the Confederate Army began conscripting dentists to pull teeth, fill cavities, and perform other essential general dentist services.

For more fun facts about general and cosmetic dentistry in Chicago, call University Associates in Dentistry at (312) 704-5511 today. 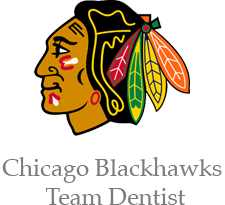